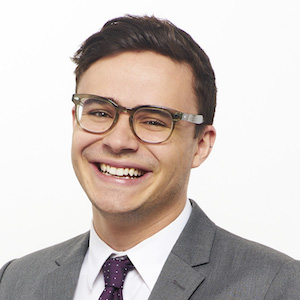 After a few years of programming almost exclusively in Ruby on Rails and Javascript, I’ve been fortunate enough to expand my skillset and get involved with some projects that are written in Golang. Golang, also known as Go, is Google’s open source programming language, and has been growing in popularity as a resilient, opinionated backend language. Some of the more interesting features in my opinion are:

There are many awesome things about Go, and after developing projects in Go for a little while I’ve found a couple of neat things about the language that I wanted to share. It’s been a while since I’ve blogged, so hopefully this post will put that fire under me and encourage me to pick technical blogging up as a hobby again. As for this post, this is not an exhaustive list of awesome features and libraries (there are too many to name!), but it’s a start. So, let’s get started!

NOTE: This blog post assumes some basic knowledge of Go.

Forced Randomization When Iterating On Maps

Suppose your code has a map in it and you want to display the contents of that map. A common way to do so is to iterate over a range of that map and fmt.Println() the keys/values.

It’s more or less commonly accepted that relying on ordered maps is a bad idea, because you’re depending on a functionality that isn’t a primary purpose of that data structure. Golang agrees with this and enforces it aggressively. In fact, it actively randomizes the map’s ordering based on the random seed that’s generated at runtime.

Try it out yourself on this Go Playground (which is a GREAT tool by the way!). In that playground, we’re manually setting the rand.Seed(), which affects the pseudo-random algorithm used by the language. As you re-run the function with the same seed, the map will print out the same way each time. However, when the seed is changed, the ordering changes.

The seed changes with every go run (except on the Go Playground where it’s a fixed seed by default, that’s why the above code manually changes the seed), so you wouldn’t get the same order regularly in production ever. This is Go’s way of enforcing this good behavior!

I was impressed to see Go’s methods of Composition and how methods can be shared by “Embedding” structs.

Consider that we have two types, User and Admin:

In the above example, there’s a User and an Admin, where the Admin has a User property along with some additional Permissions.

Here, one could access the Name of the Admin via admin.User.Name (assuming there’s an instantiated Admin called admin).

However, consider the removal of one word in the previous example which changes the Admin’s method surface completely:

I found this to be pretty neat - it can definitely be used to share methods and help keep code clean.

Another additional use of this technique is known as “Composing” types, which consists of embedding various types to create other types/interfaces. A good example is in the io library, the ReadWriter, whose code I lifted directly from the Go Docs:

What I can see from the above definition is that a ReadWriter is an interface which must contain all the functions defined on both Reader and Writer, which are defined elsewhere. Knowing the way composition is set up in Go, that makes a lot of sense! It also allows the Reader and Writer to be used independently of each other, which is a plus.

Use the Test flags to your advantage

The testing package provides methods to give the test suite itself a way to know how it is being run. The -v and -short flags that can be used with go test are hooked into the package itself, and the user can write tests that behave differently depending on if those flags are present.

Consider a package and test that look like the following:

In the above example, you will see that the testing package exposes a testing.Short() and testing.Verbose() method which can be used to dictate testing logic. These correspond directly to go test -short and go test -v. Even though this is more of a minor feature, it allows programmers more expressive control over their test suite, which I appreciate!

One common problem that Go programs suffer from is an inflexibility to stub things out in testing due to Go’s strict type-checking at compilation time. What Go is doing when it complains about typing issues in tests is really surfacing a common problem known as “tightly coupled” code, where functions and structs are explicitly relying on other constructs internally, which prevents them from being tested in isolation.

Here’s an example: Suppose you are building a Go app that hits an API and then does some work. Let’s call the struct that does this a Worker:

The problem with actually calling the Work() function above is that it internally uses the Client.Update() method and that’s not the thing we’re trying to test here! We just want to make sure that the Client is being called with Update(input). In Rails’ rspec tests, stubbing this out would be pretty easy, as we could say something like

But we can’t stub so easily in Go, as the Go compiler would be very unhappy with us if we tried to instantiate a Worker with anything other than a real life Client struct.

Because the Worker and the Client are tightly coupled, we can’t test one without building out the other. Let’s try to edit the Worker struct so that it isn’t so directly dependent on the Client struct. Instead, we can give the Worker an interface that looks like the Client and has an Update method, like so:

This way, we can make a fake Client in our test and bypass all of the logic that takes place in the real Client struct. (Obviously, we’ll have to test that separately

Now, we can use our stubbed Client class to verify that the Worker’s internals are behaving correctly without having to worry about the details of Client!

Unlike Ruby or Javascript, where testing frameworks are built by external parties that aim to give their languages a rich testing culture, Go’s testing features are built in with the default libraries. What usually ends up happening with Go tests are suites that may need a little extra setup, but the benefit is that there’s no additional testing DSL that programmers need to learn - it’s all just Go code! Writing tests so closely to the executed code helps bring extra clarity to what you’re working with.

Benchmarking, in Go and all other languages, is the process of evaluating the performance of code.

In Go, benchmark tests are constructed similarly to conventional tests. Benchmark tests follow some strict guidelines and look like so:

In benchmark tests, functions start with the prefix Benchmark and take a pointer to a testing.B, not testing.T like logic tests. The tests commonly involve a loop up to b.N, where the benchmark tests control what N is and how many times the tests are run. The tests can be run with the -bench flag, ie:

The . here is a regular expression which tells Go to bench everything! If you have a complex suite, you can run a slice of your tests and bench however you like! The results will look something like this:

This type of work is useful when refactoring, for example. Benchmarking two different algorithms can help programmers make engineering decisions which are backed not only by their own intuition, but by numbers too!

Something that I personally struggle with in regards to Benchmarking is getting used to the idea that the numbers presented are relative to my machine and that there is no objective “speed” that code runs at. Not only are there so many different platforms/processors that run Go code, all of which perform differently, but there are usually a lot of other processes running which use up resources. If I had it my way, there would be some objective ‘score’ that the code could have, but that’s just the way it is! I have to trust the relative performance of different functions and hope that my computer’s processor can handle it.

(Action shot of me trying to accept the things I cannot change.)

Use Delve To Debug

Delve is a Go package that starts a interactive session where the user can set breakpoints in functions, evaluate variables, and step through code in real time. It’s similar to binding.pry in Ruby, although there are a few differences. From what I’ve seen so far, delve is a little more involved than binding.pry, but hey, that’s just Go vs Ruby for ya! It’s a tradeoff for sure.

Given the following example program, we can use delve to inspect our variables:

Once you’ve got it installed (check out the docs), Delve is run with:

where ./main.go is the application entry point. From there, the session begins, where you can set breakpoints, evaluate variables, etc. Here are a few of the basics:

Once the breakpoints are set, run continue to start the program. From there, it will begin to execute the code normally and stop when a set breakpoint is reached. Supposing we set a breakpoint on Hello(), we would see the debugger wait for input there:

Then, one can type firstTime to see the value of that boolean! After hitting continue and returning to this breakpoint, the value will have changed from true to false.

Golang is a powerful language with a lot of conventions, but also a lot of tools for developers built right in. With an expressive and highly opinionated syntax and structure, it’s easy to jump into a project and start contributing without spending so much time untangling any complicated metaprogramming conventions, monkey patching, or stubbed methods. Switching back and forth between Rails and Go projects lately, I can see how Go’s lower-level syntax and static types can appear challenging, but the truth is that those language choices mean that there are fewer places for bugs to hide!

Venturing into a new language can be pretty daunting, but Go’s vibrant community and stellar documentation tools make it much easier to get started. I would definitely recommend anyone interested in backend programming to dip their toe in the waters of Go and see what it’s all about!

Thanks to everyone taking the time to read my blog post highlighting a few things I’ve learned about Go. Hopefully I’ll be back soon with another informative post!